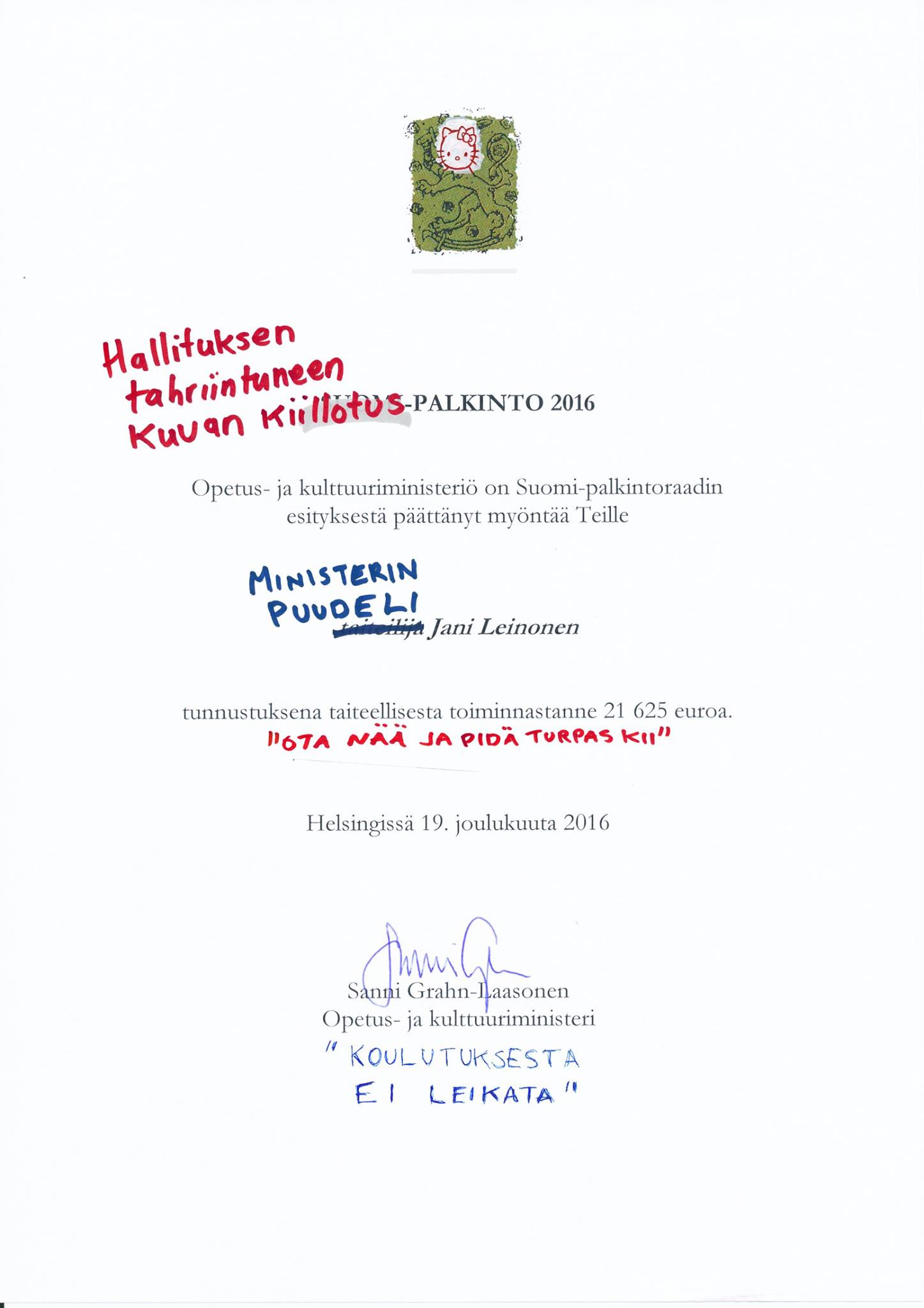 Congratulations to Jani Leinonen for receiving the Finland Prize 2016!

The Finland Prize is granted by the Ministry of Education and Culture in recognition of a significant career in arts, an exceptional artistic achievement, or a promising breakthrough.

Leinonen and seven other artists or groups received the prize on Monday 19.12.2016 by the Minister of Education and Culture, Sanni Grahn-Laasonen.

In his thank you speech Leinonen took the opportunity to point the attention back towards the Finnish government, whose political practices he deemed racist, sinister and inhuman.

” I have never, until recent months lived in a country where the state’s most influential people try to silence those who show criticism towards them. I have never, until recent years lived in a country where the government’s intervention policy is so racist, sinister and inhuman, that any good deed by the state, such as the Finland Prize, seems as a polishing of the government’s smudged appearance – even though this would not be the case.” – Jani Leinonen 19.12.2016

Leinonen also promised that the award would not affect his ability to be critical against those who have power.