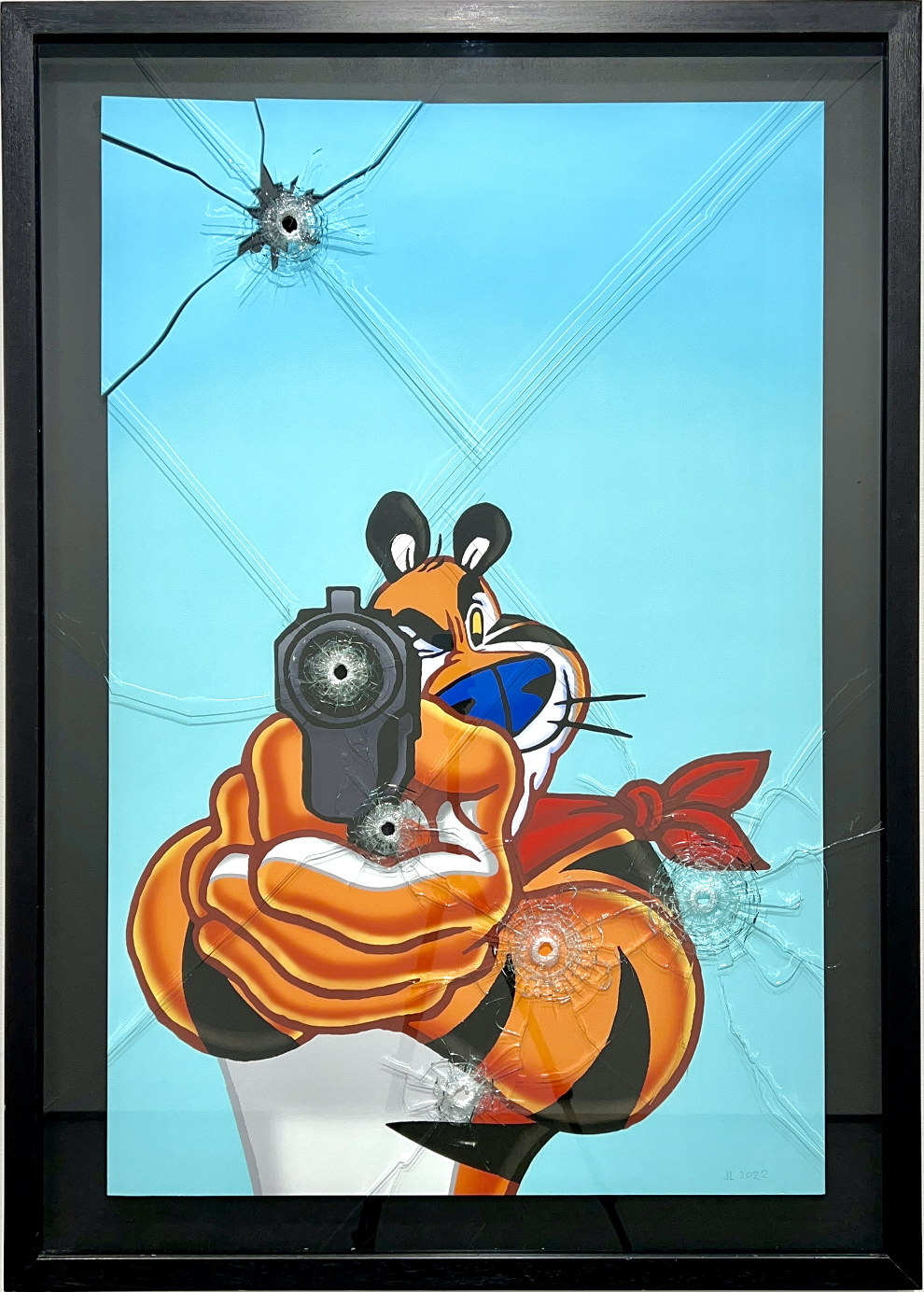 THE MEANING OF A BULLET HOLE IN AN ARTWORK?

A bullet shot with a gun through an object is a mischievous target for interpretations. The act of shooting is so real, so violent, and so destructive in itself, that during these dark days, it is hard to see it as a symbol of anything else than the harsh reality we are witnessing. As we speak, bullets are piercing living bodies, destroying things and causing life-lasting traumas to people who remain alive in conflict zones near and far. The closer the bullet holes come to our home the more they shake our feeling of security.

Jani Leinonen’s new exhibition LOVE brings bullet holes really close, to the clean white space of Zetterberg Gallery in the center of Helsinki. All the artworks are pierced with real bullets – leaving a cracking hole in the glass and the art underneath. In the exhibition, the bullets have broken hearts and Coco Chanel No 5 perfume packages, and they have made cracks on otherwise soft birch wood panels. The bullet holes are the remnants of a deadly duel between two of the world’s most famous commercial mascots, and two recurring characters in Leinonen’s artistic oeuvre; fast food mascot Ronald McDonald and Kellogg’s Tony Tiger.

In Leinonen’s works the act of shooting is violence in itself but simultaneously a symbol of violence. According to philosopher Slavoj Žižek there are at least three forms of violence: subjective (crime, terror), objective (racism, hate-speech, discrimination), and systemic (the catastrophic effects of economic and political systems). Often one form of violence blunts our ability to see the others, raising complicated questions. These are the three levels of violence that Leinonen’s artworks play with.