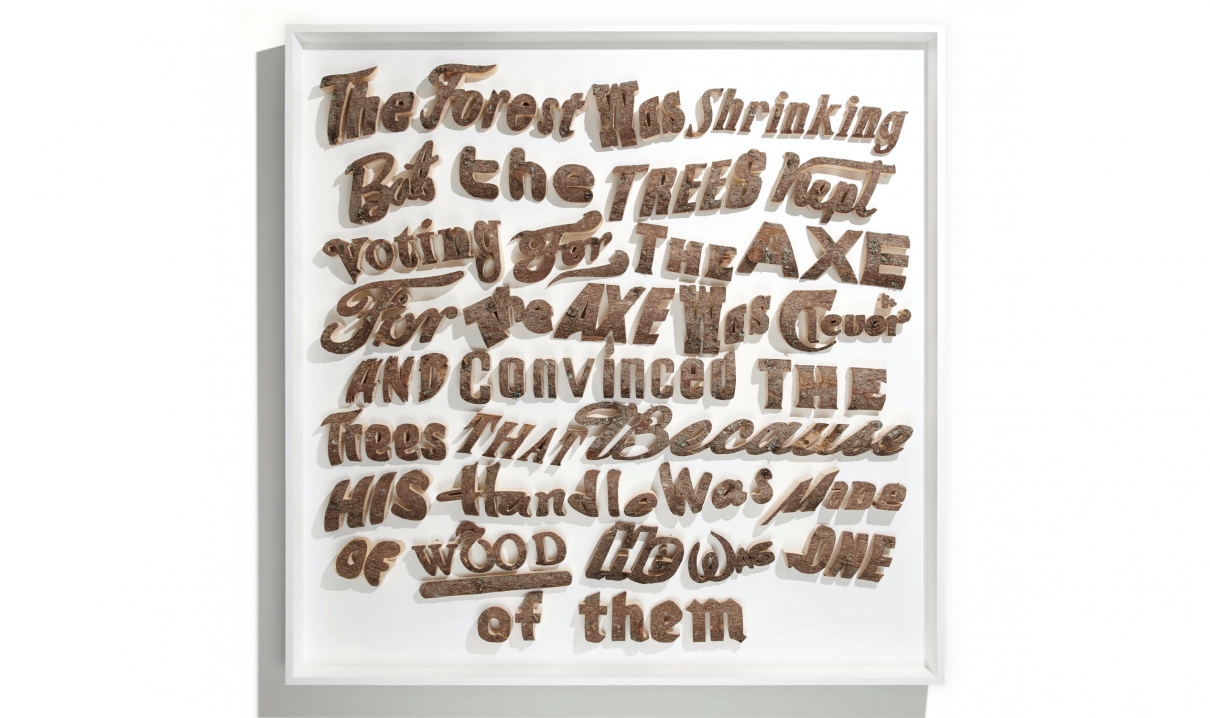 Zetterberg Gallery is pleased to open its program of 2021 with the group exhibition Illusions of Certainty presenting works by Riikka Hyvönen, Mari Keto and Jani Leinonen.

The world of ideas, the world of reason, started to develop through a vast European intellectual movement during the 17thand 18th centuries. The Age of Enlightenment, or siècle des Lumières or Aufklärung as known in French and German, created the independently capable, thinking human being. Affecting all of philosophy, politics and art, Enlightenment came to connotate an era of reason as the main impetus for the improvement of the human condition. The enlightened individual ignited the strive towards French Revolution, that eventually lead to the foundations of modern Western democracy and as such the origins of modernity.

However, the reason of the enlightened individual may be defeated. It seems the legacy of reason keeps turning the ideas of human intellect into illusions. Into superior ideas of position, into features of arrogance, exploitation and greed, igniting processes leading towards the escalating climate crisis. And yet again, affecting all of philosophy, politics and art.

Presenting takes on the Illusions of Certainty, Riikka Hyvönen, Mari Keto and Jani Leinonen show a keen interest in a variety of materials and how they gain conceptual lives through artistic manipulation and creation.

I find profound analogy to the current human condition with Leinonen’s carved statement The Forest (2020) “The Forest was shrinking but the Trees kept voting for the Axe for the Axe was clever and convinced the Trees that because his handle was made of wood he was one of them”. Leinonen processes a multitude of materials while incorporating his artistic thinking onto the sculptural statement surfaces. Wood’s history with the development of human skills and society building can be seen eternal. Our lives and our societies are founded on this material we keep destroying and demolishing, as we would be dismantling our own livelihoods, surroundings and futures. Just as we have done with the human reason, the individual intellect and the trust for its possibilities and relevance. We are the axes for our own existence.

As an art material, wood dates to African and Pre-Columbian artistic practices and associates with craft. Something that Mari Keto is exploring through her techniques. Keto’s Moribund (2020) unites a circle of rhodinated bronze butterflies. As customary to her practice, Keto combines the commonplace with the magical. The circular form of the butterflies refers to unity and eternity. Is Keto suggesting a metamorphosis of humanity, a four-staged life cycle that we have lost? Maybe the illusion is the beauty that is built on a long-term growth, not visible to the selective, beauty desiring eye.

Regenerating methods of sculpting wood originate from the Renaissance. Riikka Hyvönen employs a variety of conceptual and technical approaches to the material. Hyvönen’s Jeezus striker (2016), is part of her famous Roller Derby Kisses series. Hyvönen’s sculptural paintings portray a niched achievement. The massive leather elements show momentary marks that have gained meaning among a community of roller derby enthusiasts. By doing so, Hyvönen partakes in the definition of an icon. Here an icon is not a character but a part of unique visual culture with physical, momentary connotations. With this portrayal, Hyvönen reminds us that every community forms its own language, whether visual or physical.

Jani Leinonen is true to his own practice by always developing his ideas further through different works, through different times. The headstone pieces are something he carries along with this process maybe more conceptually, rather than methodologically. Leinonen’s fascinating new element is glass and mosaic art. Yet another art historical reference, mosaic was a fan favorite in the Ancient Roman world, dating back in Mesopotamia in the 3rd millennium BCE. For his glass works, Leinonen collaborates with Mayer’sche Hofkunstanstalt, founded in 1847 and works with historic, restoral technique. Leinonen’s Love (2020) is a stained glass piece reminiscence of a headstone. He asks us to burry the Love. All of it. Rakkaus. Amore. Amour. Kärlek. Liebe. All gone. It is refreshingly contradictory to the exhaustive demands – personal and societal – to find true love, or any.

Leinonen’s statement Untitled (2020) does not let us off that easily. Leinonen reminds us, that we will never be freed from our own making. The only thing certain is our sentence, the climate crisis, that is for the future generations to serve. As the Illusions of Certainty, Leinonen is suggesting a reversal of expectations.

But back to where we started in Paris, a morning of 1792. The citizens woke up to the overthrown statue of Louis XVI. The multi-year process of the French Revolution was coming to its culmination. Preconceived truths about status, power and position were rejected. Icons and symbols were destroyed. The enlightened individual gained power over the elites and economic and political institutions. Idea and reason became the means and the medium towards oppressive regimes. A legacy some of us have chosen to preserve. In philosophy and politics, and in art as methodologically suggested by Hyvönen, Keto and Leinonen.