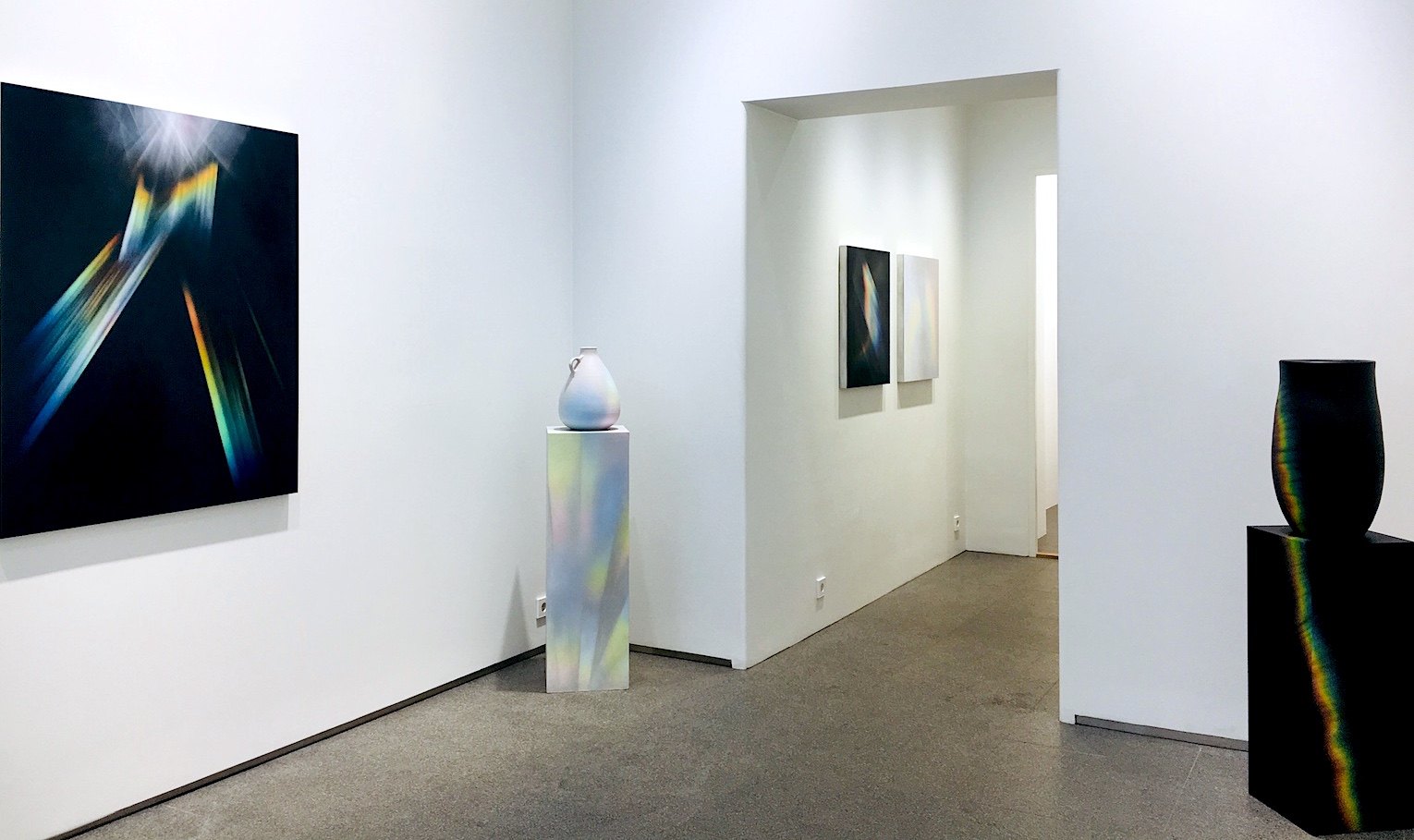 Art is Seduction – Not rape

For Susan Sontag art has the capacity to make us anxious and uncomfortable, as such. For Sontag, art is inviting us to engage in a private, sensual experience through an interpretative dialogue. Art asks for our intellect to interpret, to prove our potential to think and to create meaning. However, we should find a balance in this task. A balance with content and concept without overdoing it. This act of interpreting art is an intellectual task, that is loaded with consciousness and appreciation, simultaneously accepting the volume of the artistic process and its results. As Sontag notes, art aims to seduce us with this engagement, not to rape our consciousness.

Riikka Hyvönen is on an exploration of beauty with her expressive and thought-provoking acts of the construction of contemporary identity and the nature of its various representations. Hyvönen has built the foundation of her practice on the forms of objectification through which the female body is dismantled and constructed online and in print.

Questions of representation and objectification gain duality in her work. Hyvönen considers self-identity as a constructed mass deception that we have agreed upon. Her witty, playful and controversial work is both founded in the present while she extends commercial values in visuality to reconsider common female stereotypes and cultural assumptions on beauty. Her famous Roller Derby Kisses sculptural painting series portrayed the achievements through the intimacy of female skin and there captured the massive, momentary marks that gain new importance only inside a small group of enthusiasts. Proceeding from this consideration of personalized beauty, she looks at the objectifying process of editorial shoots. In her recent photo installations series, her content and concept were built from the fashion magazines editorial photoshopping. Here the models’ faults, the photoshopped ones, are highlighted on plexiglass duplicating the original photo of the model. Hanging large-scale and heavy the pieces scrutinize our conception on digitally constructed beauty.

Having her interests stemming from pop culture and aesthetics, Hyvönen’s insightful criticism reaches beyond prevailing questions of body image and feminism. She attests the ways in which popular gestures end up as mechanisms of cultural consolidation. And as requested by Sontag, she lets us find these meanings by engaging with her proposal.

Hyvönen continues merging sculptural elements in her painting process. This time by turning her painterly gaze to the natural world. With the exhibited series she captures the momentary joy of light erupting on a surface, touching it with a prism. She finds her references from social media to employ a selection of experiences. For Hyvönen, light’s metaphors are a multitude. Whereas the spectrum can form upon a heavily bruised skin, as in Roller Derby Kisses, Hyvönen is aware of the weight of its connotations. Can you paint a rainbow without touching upon – any of – its denotations? Regardless, one is clear. Light can break though anything. Even the darkest of the hour.

[1]Susan Sontag Against Interpretation, 1966 by Farrar, Straus and Giroux

Riikka Hyvönen (b. 1982 Rovaniemi, Finland) lives and works in London. Hyvönen holds a BA of Fine Arts from Goldsmiths, University of London and is currently finishing her master’s studies at the Academy of Fine Arts in Helsinki.