The Ars Fennica 2019 exhibition, presenting works by the five candidates for Finland’s most notable visual art award, is now open at the Amos Rex museum. The nominees are Petri Ala-Maunus (FI), Miriam Bäckström(SE), Ragnar Kjartansson (IS), Egill Sæbjörnsson (IS) and Aurora Reinhard (FI).
The Ars Fennica 2019 Award, is granted by the Henna and Pertti Niemistö Art Foundation to a visual artist in recognition of distinctive artistic work of high merit and includes a monetary prize of 40,000 euros.
The winner of the 2019 award will be announced on August 21st by Roland Wetzel, Director of Tinguely Museum in Basel, Switzerland.

Read more about the award and the exhibition at: https://arsfennica.fi/en/ 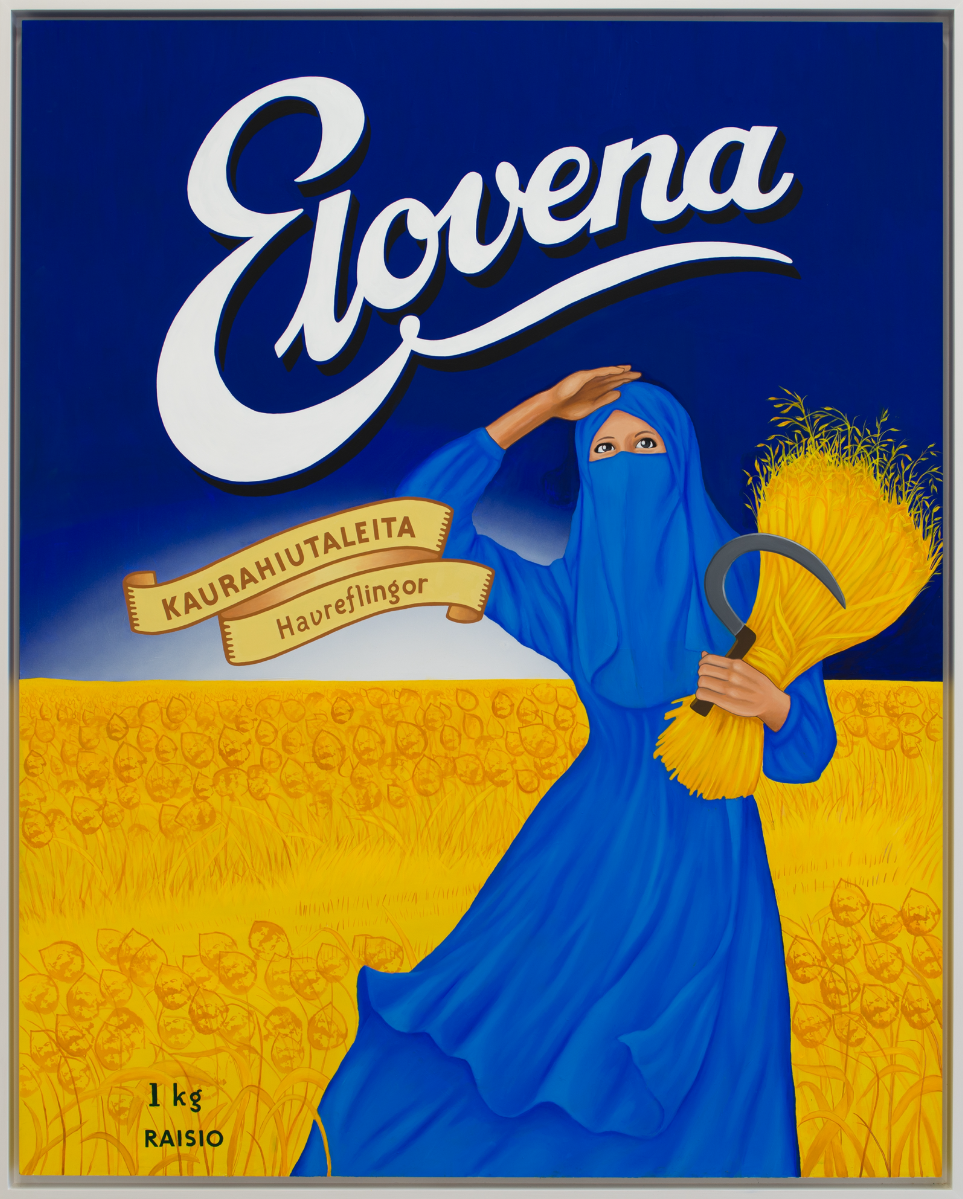 Jani Leinonen is included in the new collection display at the Art Museum Gösta Manor presenting classics owned by the Gösta Serlachius Fine Arts Foundation, of the Golden Age of Finnish and old European art as well as more recent acquisitions.

The summer 2019 hanging includes, among other works, Albert Edelfelt’s much-loved Finnish Soldiers in War of 1808–09 and a number of Helene Schjerfbeck paintings. The exhibition is curated by Veikko Halmetoja.

Gösta Serlachius Fine Arts Foundation’s collection includes Finnish art classics and old European paintings and is is one of the grandest private art collections in Scandinavia.

Read more about the exhibition at: www.serlachius.fi

The sculpture, called “McJesus,” was included in an exhibition called Sacred Goods, that was meant to be a critique of society’s capitalistic culture. The sculpture had been up already since August 2018 and shown in other countries without any incidents. Violent clashes broke out between Christian protesters and the police, after a molotov cocktail was thrown at the museum and the protesters tried to storm their way in to remove the work.

The Sacred Goods exhibition, which focuses on contemporary artists’ responses to issues of religion and faith in consumer society, also featured other provocative works depicting Jesus and the Virgin Mary as Ken and Barbie dolls.

The Israeli Culture Minister Miri Regev demanded censorship of the sculpture and threatened to cut state funds for the museum, however the Israel’s justice ministry argued she has no such authority.

The museum told the Times of Israel that it condemned the violence that broke out in protest of the sculpture.

“A discourse about art, however complex it may be, must not spill over into violent territory and must be respected — even in charged situations,” the museum’s director Nissim Tal said.

Eventually, the Haifa Museum was forced to remove the sculpture before the end of the exhibition, whereas no other works considered provocative were removed. 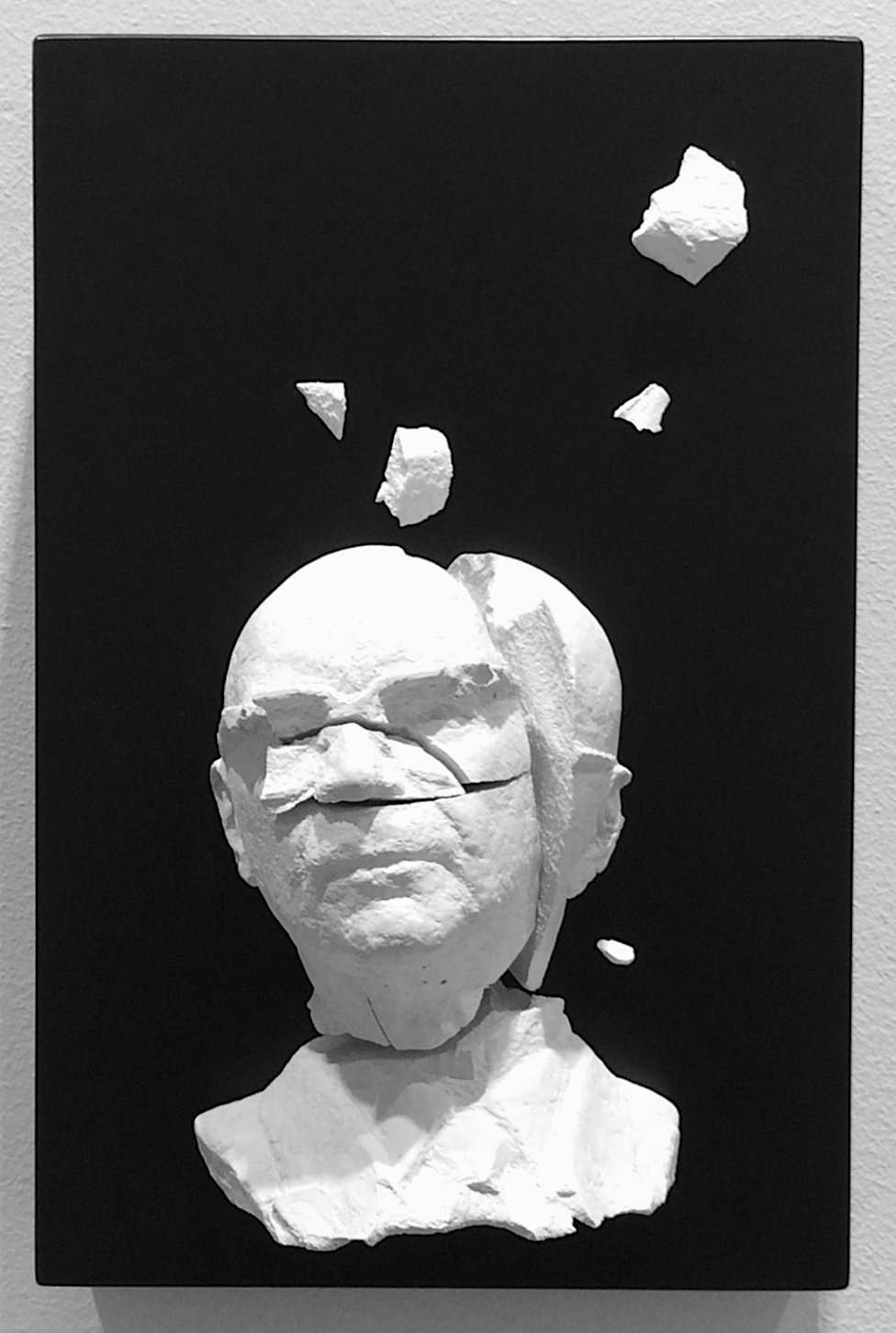 Jani Leinonen
If these are our heroes who needs enemies
January 18–February 10, 2019

Zetterberg Gallery is pleased to open the exhibition programme of 2019 with Jani Leinonen’s solo ´If these are our heroes who needs enemies´  on January 18th.

Leinonen’s exhibition questions why certain hero-statues still stand in the centers of the European capitals, and why so many do not know – or if they know – subvert – the unspeakable atrocities of some of these historical figures?

The works in Jani Leinonen’s exhibition consist of about two hundred scattered hero statues of different sizes. There are more than 160 sculptures in the main work of the exhibition – even some Finnish heroes fit in.

Leinonen’s exhibition draws our attention to the collective loss of memory that those heroic descriptions maintain: they wipe out the shocking acts of the rulers of history and replace them with sacrificial heroism, romantic adventures, and noble generosity. The exhibition speaks of unobtrusive but effective ways of building and maintaining social power – also through art. 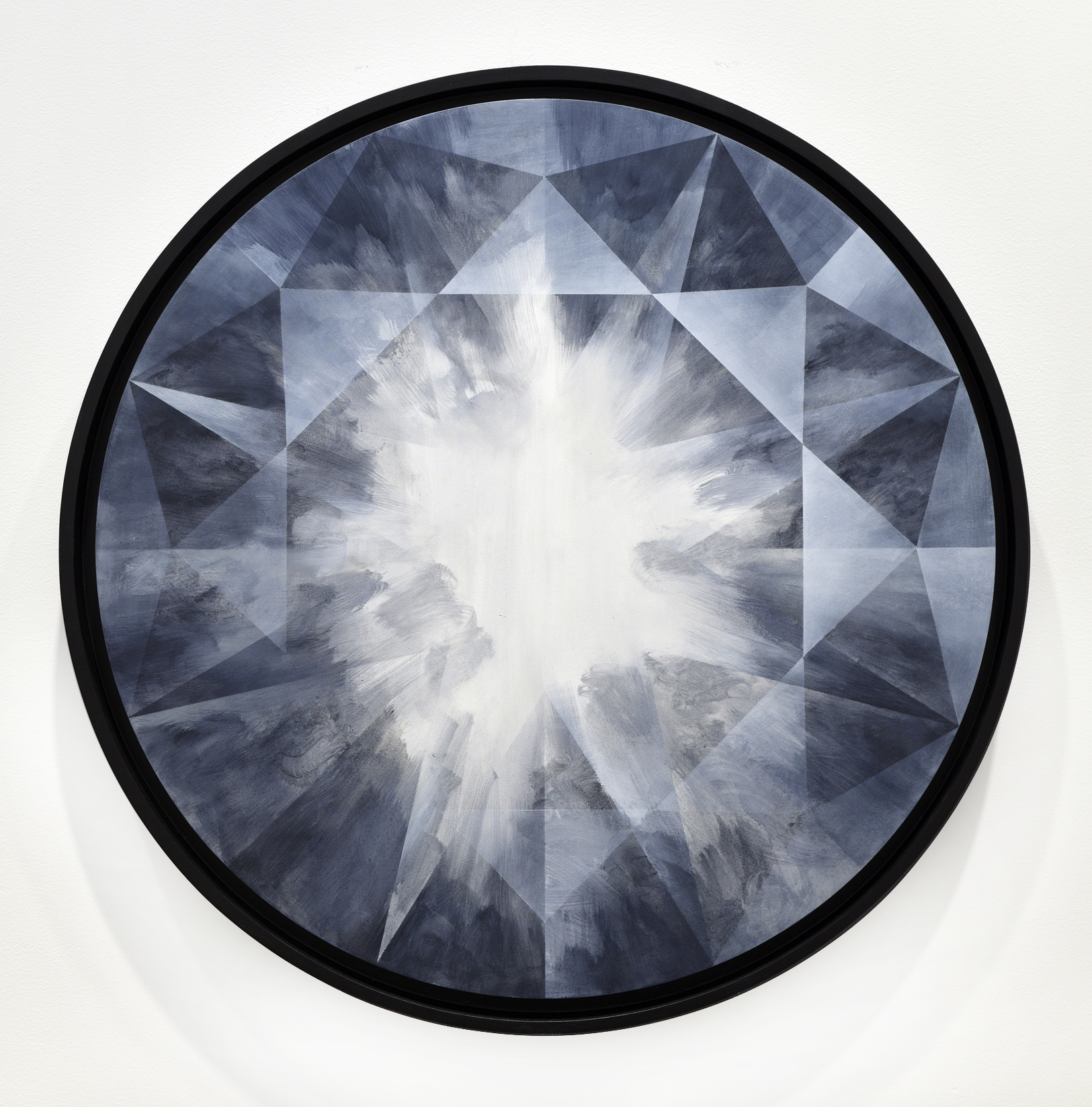 Excerpts from Dr. Sam Inkinen’s essay “A Dialogue at the Studio, or Observations on Art and the Artist – Postmodern, Metamodern, and the Internet Zeitgeist as Key Themes”(November 2018) 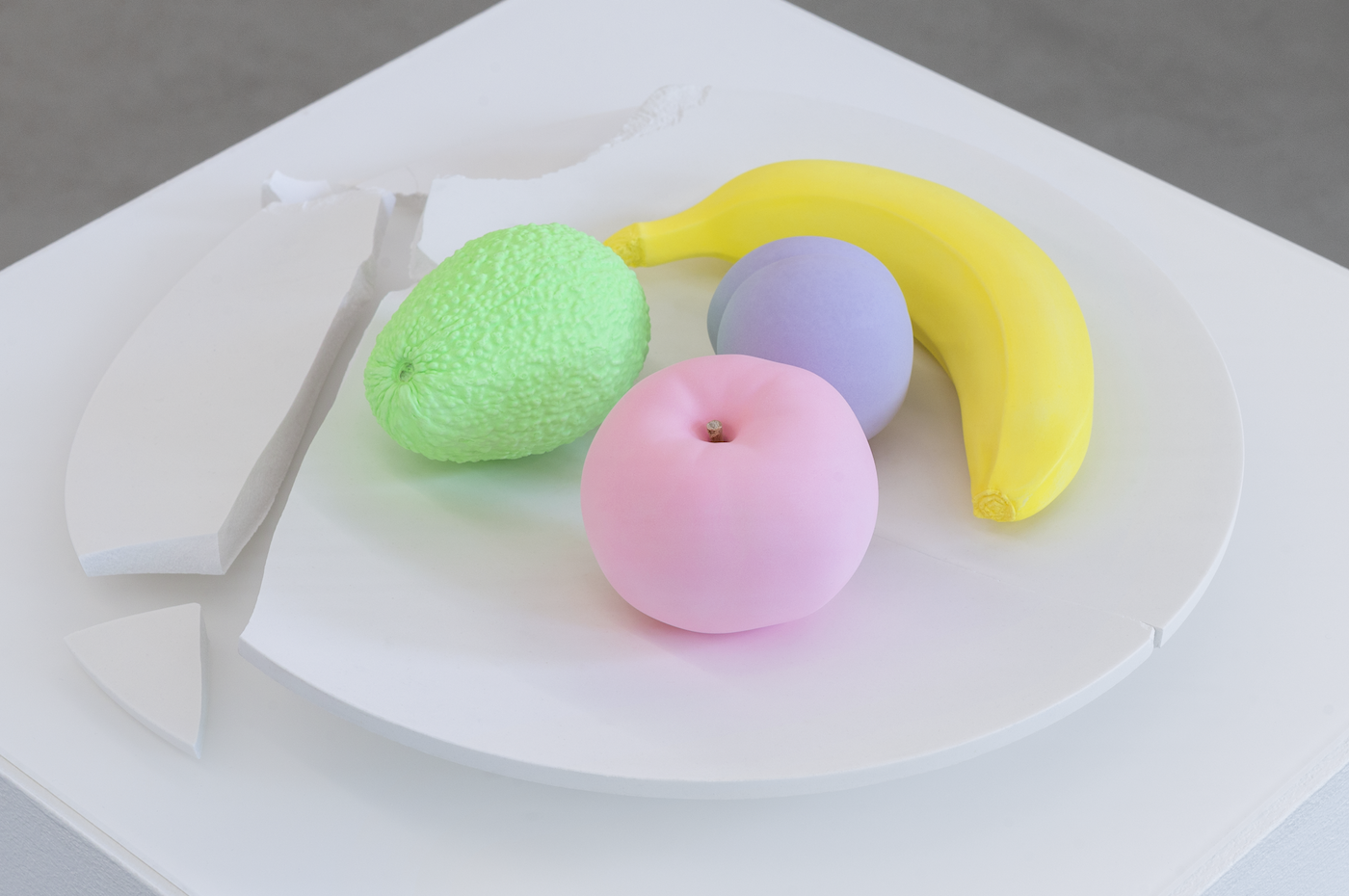 Aurora Reinhard is known for her photographs, sculptures and videos often dealing with themes of gender and sexuality, moving between documentary and surreal approaches. For her latest body of work Broken, the artist has sought inspiration in the everlasting myths and art history of Western imagery while contemplating her dual role as the artist’s muse and the heroic creator of art.

Jani Leinonen’s beggar sign installation Anything Helps is included in the exhibition Far From Home – the last exhibition in a trilogy based on the ARoS museum’s collection.

The trilogy is intended to present alternative ideas as to how a museum can showcase and talk about relevant themes from our times through text, format, orchestration, and juxtaposition of works. The first exhibition, Out of the Darkness, 2014, thematised the structure and power of the great narratives, addressing the global challenges facing humanity. The second exhibition, No Man is an Island – The Satanic Verses, 2016, used the forceful political, economic, and cultural changes which Europe underwent at the time as a backdrop. Whereas the first exhibition was structured around a global perspective, the next had a specific geographical focus. Far From Home moves in with you – to the core of people’s mental sphere. From the global world to the individual’s experience of feeling at home in this world.

The closing date for Far From Home has not yet been decided.

The exhibition is inspired from an idea by Erlend G. Høyersten and is curated in collaboration with Erik Nørager Pedersen and Jakob Vengberg Sevel, both curators at ARoS Aarhus Art Museum

Read more about the exhibition at: www.aros.dk

Zetterberg Gallery is pleased to announce that Aurora Reinhard is one of the five nominees for the Ars Fennica Award 2019, an award granted by the Henna and Pertti Niemistö Art Foundation (est. 1990).

The award is presented to a visual artist in recognition of distinctive artistic work of high merit and includes a monetary prize of 40,000 euros.
The candidates will have a group exhibition at Amos Rex, Helsinki from June 19–Sept  8, 2019 and the winner will be announced in September 2019.

The nominees have been selected by the Award Panel, comprising chair Leena Niemistö, MD, and members; Jussi Kivi, visual artist, Kai Kartio, director of Amos Rex, and Leevi Haapala, director of the Museum of Contemporary Art Kiasma. The winner will be selected by an international art expert appointed by the Panel. During the exhibition visitors can vote for their favourite artist.

The other candidates are: Petri Ala-Maunus (FI), Miriam Bäckström (SE), Ragnar Kjartansson (IS) and Egill Sæbjörnsson (IS).

Read more about the candidates and the award at www.arsfennica.fi