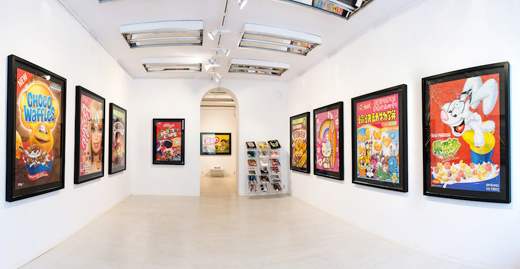 Sometimes violence is arbitrary, sometimes structured. And ever more often, it’s entertainment. In his Bullet Works Leinonen has replaced his brush with a gun. He has shot through framed laminated glass with tens of different guns and different calibers from 22 to 500: handguns, assault rifles, automatic weapons, shotguns; Desert Eagle, Walther PPK, Streetsweeper (buckshot), 45 Colt, M4, .500 S&W Magnum; using each gun model only once. There is a contradiction between the snowflake-like beauty of the bullet hole and the lethal force of the AK-47 that made it.

Assassination is an exhibition that shows one line of the three series of Bullet Works: the other lines are Monochromes and Painted Bullet Holes.

The origin of the word “assassins” (Arabic: Hashshashin) traces back to before the first Crusade around 1080. Assassins is a misnomer for the Nizari Ismailis brotherhood, who found themselves not only fighting for power against other Muslims, but also against Christian invaders. Since the Crusades the term assassin has been used to describe a hired professional killer or a cutthroat. Assassination (French: assassin) denotes any action involving murder of the target for political reasons.

Jani Leinonen’s starting point for the Assassination / Bullet Works leads us to Andy Warhol, who was shot at his studio. After Warhol got out of hospital, he found that one of his prints had also been pierced by a bullet that had first gone through his body. Bullet, Body, Brutality, Art!

Leinonen’s Bullet Works are some of the most violent works in the history of modern and contemporary art. The series is both conceptually and physically comparable to Picasso’s Guernica, the Spatial Concept / Slash Series “cutthroat” works of Lucio Fontana, the Fire Paintings by Yves Klein, the building cuts house installations by Gordon Matta-Clark, the Ambulance Disaster by Andy Warhol, or Robert Longo’s Men in the Cities – a monumental series of drawings of a man shot in his back and sharply dressed men writhing in contorted emotion.

In the Assassinations series Leinonen has shot at commercial cereal characters like Tony the Tiger, Cornelius, Cap’n Crunch and Snap, Crackle and Pops. When looking at the assassinated figures, which represent the Big Business of industrial food, GMO, health and obesity problems etc., we begin to feel sympathetic and protective about the fictitious characters – we might even feel morally offended by the violent act. Only because the marketing of these friendly characters has been managed in order that it touch our feelings. They have a place in our hearts. We are the ones who have been shot!

Leinonen shows in a very simple way how entertainment and advertising techniques – insane capitalism – distance us from the real.